In Idaho State University's first live streamed event gave anyone the opportunity to watch the competitors debate on the current Cuban embargo conditions.

With only minor technical difficulties there were many people viewing the debate online and also in attendance at Student Union Building on Idaho State's campus.

The audience was asked to vote in the beginning of the debate as undecided, agreeing or disagreeing. The debate had two teams each debating a certain position of the topic. One team argued in favor and the other in opposition. 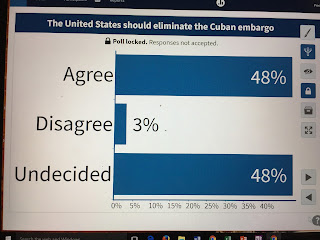 Ultimately the side supporting the in support of the leaving the embargo in place won the debate with the majority of people agreeing in a final vote that the embargo should remain. The debate is a modified “public forum” style, featuring one pair of speakers on each side of the issue. Each side then takes turns building arguments and answering cross-examination by the opposition. A unique feature, the “Grand Cross Examination,” engages audience members in the questioning with the aid of a moderator. 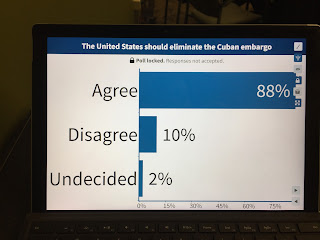 "The embargo creates a significant impediment that the Castro Regime uses as a means to exploit its people and get with massive amounts of corruption," said Jack Bradley a debater in favor of the motion. "My partner and I made the argument that until the Embargo is lifted, the United States won’t be able to help Cuba transition out of a dictatorship, and towards more of a democracy. That would lead to more accountability and transparency in the Government, which would hopefully combat the sex trafficking epidemic that has faced Cuba for quite some time now."

This argument was ultimately the winning position for the debate. The opposition also gave excellent arguments against the case. 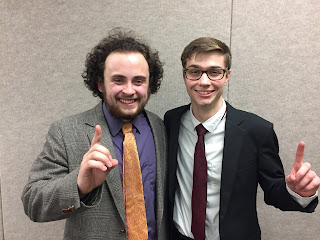 "The flow of money would mainly benefit large corporations and the Cuban government at the expense of the Cuban people because the current U.S. government shows no interest in developing humanitarian rights or environmental regulations," said Mike Chen who opposed the motion. "Our opponents said that the UN would do something about it, but the UN has had no influence over Cuba in the last 60 years of its membership." 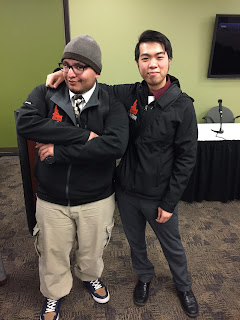 The debate was moderated by Dr. Carmen Febles. Febles is a part of ISU's Global Studies department. This debate was an excellent way to engage the audience and also educate those in attendance both physically and online.
Posted by Nic Tarbet at 9:37 AM No comments:

ISU Bengal Debater Mike Chen has added another first place win to his impressive intercollegiate debate resume.  Chen argued in the final round to a 5-0 victory.

This was the first attempt at an online debate format. Each participant was joined by another debater and a judge in a video chat. With this advance it allows for more competitors from different locations to debate without additional travel.

"The online tournament is definitely a very new form of conducting debate tournaments and, although it had a few bumps and turns, I'm really glad to have been able participate in it," says Chen. "I'm excited to see where it goes in the future."

In addition to Chen's 1st place win, he was awarded top speaker points by the tournament for the Open Division.  That honor was mirrored by ISU's Sydnee Harris who earned top-honors for speaking points in the Novice Division. Bengal debaters Jack Bradley and Michael Mares received honorable mentions in the speaking points category as well. 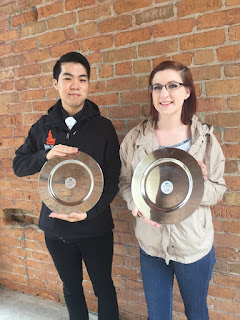 "I really enjoyed trying the IPDA debate style," says Harris. "It was a fun new experience debating it online and I was surprised when I found out that I had actually won a speaker award."

Today's tournament was an International Public Debate Association tournament. Unique to the IPDA style is the topic draw, where competitors each "strike" [eliminate] two potential topics from a list of five options until one remains to begin each head-to-head contest.

Congratulations to the Idaho State Squad.
Posted by Nic Tarbet at 8:10 AM No comments: 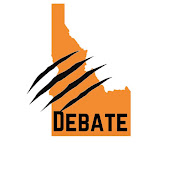